Steve Rutherford has stepped down from Chairman of South Yorkshire branch since starting it in 2012.

Congratulations go to Roy Stewart who has taken over the role. 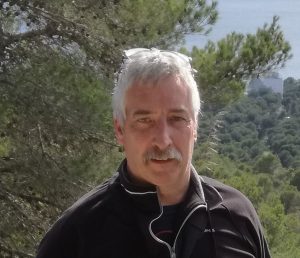 SY Members have kept in contact during the Coronavirus Pandemic

Species of the Week

Several members have been sending their recent sightings to the Chairman who has shared them in his Species of the Week column. Here are a few examples

Species of the week 1 – Tree Creeper

Species of the week 2 – Stinkhorn

Species of the week 10 – Helicopters

Species of the week 11 – Black or White

Species of the week 21  – Galleries

Unable to meet in the usual way South Yorkshire Branch organised some “Rule of Six” meetings so some of our members could meet within the Covid Restrictions set out by the Government. These were done very locally and included bird watching, fungi, and general natural history in a village, with plenty of fungi to see, plant galls and skeins of geese. 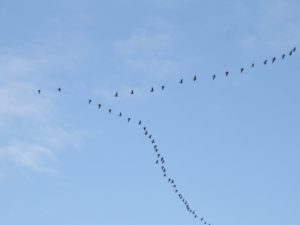 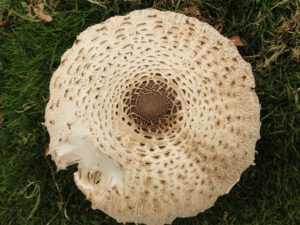 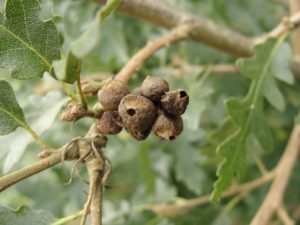 They proved to be very popular and we will be starting them again in the New Year.

We also ventured into the “virtual” world by using Zoom to keep in touch, holding them every month. Steve, the Chairman did a short presentation during one of them. And the next one, scheduled for mid-December will have a quiz. 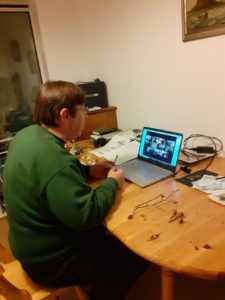 South Yorkshire Branch Members visited the 2019 Conference in Forest School this year and actively took part in the day. The theme was Protecting our Marine Wildlife with several coastal displays but there were also field activities with in the forest.

The three guest speakers – Professor Sarah Wanless, Dr Tom Cameron and Maya Plass were all awarded Honorary Fellowship during the afternoon Encaenia, where grade recognition was awarded to BNA members. SY branch members and graded members from other branches proudly took part in the ceremony by robing up and celebrating all these achievements with the awardees.

The day was Chaired by Steven Rutherford FBNA who is SY Chairman as well as Hon Chairman of the National Body, and Hon President Roger Tabor presented the awards at the encaenia.

Mark Dudley MBNA and Roy Stewart MBNA led two of the activities on Pollinators and Bats & Trees, which were both well attended by delegates.

The Great Hall displays were organised by SY branch organiser Pauline Rutherford MBNA, who provided two displays from SY – Long Grass Area and Rocky Shores of Northumberland. Pauline also put together displays with back issues from Countryside and British Naturalists publications, Grade Recognition, Young Nats and a photo display using Bryan Sage photos, and arranged a display from NHBS which had free gifts for the delegates too.
The raffle was run by Dianne Farrar MBNA with some prizes donated from Wentworth Garden Centre in South Yorkshire and Norfolk Resists, a glass engraving company near Diss in Norfolk. The sales table was run by Catherine Artindale who also sold some copies of books written by guest speaker Maya Plass.

It was a fantastic day and as a branch we would like to thank the staff at Forest School for their help in providing the venue and buffet lunch, we look forward to the next one.

Photos from the Day 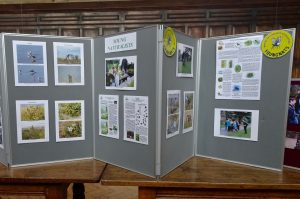 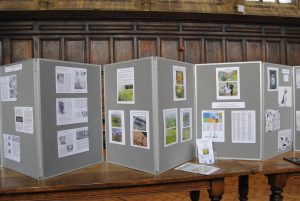 Displays in the Hall by D. Farrar and L. Artindale 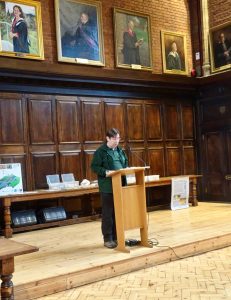 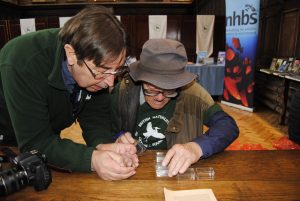 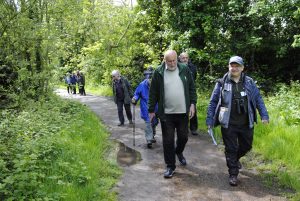 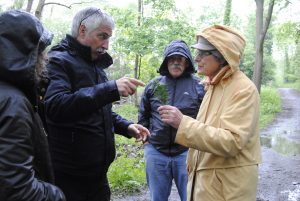 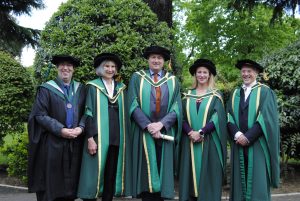 Our Guest Speakers with Hon Chairman and Hon President by L. Artindale 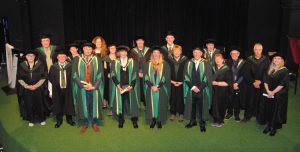 Graded Members and Guests during the Encaenia by L. Artindale